A good number of venues in Guildford have showcased big name groups over the years, but the site of Pink Floyd’s first and only show in the town may be a surprise. 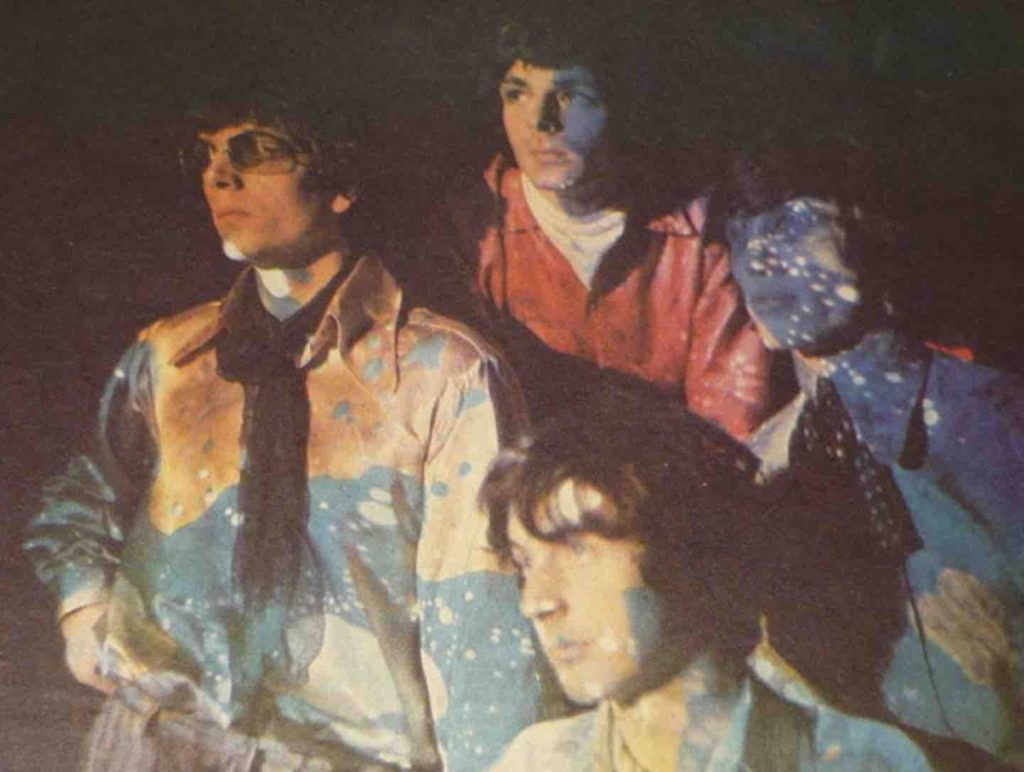 The Rolling Stones’ first show in Guildford was at The Wooden Bridge (pub with function room) in March 1963 where, as a club band, they played a couple of times a month during the summer of ’63 before the start of their first UK tour; in October ’63 this took them to the Guildford Odeon (cinema and music hall), just after The Beatles first and only show in Guildford at the Odeon in June’63.

The Yardbirds’ first Guildford show in December ’63 was at the Civic Hall (an arts and entertainment venue; the evening was headlined by the Stones, and was organised by promoters Ricky Tick at Guildford Civic Hall, now gone and replaced in 2011 by ‘G Live’.). Their recently recruited local boy Eric Clapton (born in Ripley near Guildford) featured on guitar, though he had been gigging around Surrey since ’62. The Yardbirds went on to play regularly at The Plaza Ballroom when it became the Ricky Tick, from December ’63 until April ’65, first with Clapton and then Jeff Beck.

The Plaza Ballroom (a converted cinema, now a casino) was THE music venue in Guildford between ‘63 and ‘65, hosting – as The Plaza Ricky Tick – The Who in May ’65 for their first show in Guildford: all the local Mods walked out when they started playing as they didn’t consider them very good then. By the time of The Who’s second appearance in December the venue was packed, with a younger crowd.

The Harvest Moon Nightclub, on the upper floor of the Rodboro Buildings (the site of the first purpose-built motor vehicle factory in Britain in 1901), had its windows ‘blacked out’ with red paint for a darker club atmosphere – making it hard to see across the road to The Plaza opposite. The Harvest Moon first saw Clapton in March ’66 as part of John Mayall’s Bluesbreakers. Mayall had played The Wooden Bridge in August ’63 and become a regular at The Plaza until October ’65. Clapton first appeared with Mayall at The Plaza in April ’65, post Yardbirds; he’d switched bands and sides of the road.

Most of the venues hosting music were not licensed for alcohol in those days, which meant that they could choose their opening hours and didn’t need permission to stay open all day, or all night if they chose. The Harvest Moon was open all day and evening during the week and all night on Saturdays. The nature of the venues, how they were booked and how they were promoted influenced the bands that appeared.

Ricky Tick clubs were run by the legendary Philip Haward and John Mansfield (who either as great judges of music trends or being lucky) switched from jazz to R&B early on, then to soul bands and on to ‘Progressive’ – before pulling up stumps in ’67. As much as anyone, Haward and Mansfield were responsible for spreading good quality live R&B and soul music over the South East of England. Guildford was their second club, opened in February ‘63 and the most regular after Windsor, along with clubs in Reading, Harpenden, Hounslow, Newbury amongst others. The music scene covered a wide circuit that also included The Birdcage at Portsmouth and the One-O-One Club at Brighton.

In March ’67 Pink Floyd performed 3 shows in 24 hours, starting at the Ricky Tick Hounslow, followed by the New Yorker Discotheque in Swindon, and then the Shoreline Hotel in Bognor.

The Guildford Ricky Tick had started at The Wooden Bridge in early ‘63, followed for a few gigs at Worplesdon Village Hall, before it found a home at The Plaza ‘dancehall’, hired firstly on Fridays: Fridays were spent at the Ricky Tick because you simply had to be there after watching ‘Ready Steady Go’ on TV (though it later switched to Sundays). On a Friday five bob (25p) would get you in to see the likes of The Yardbirds, John Lee Hooker, Howlin’ Wolf, Charlie & Inez Foxx, Graham Bond, Zoot Money, Chris Farlowe, Georgie Fame, and John Mayall. In between the live music, a DJ would play R&B sounds, old and new.

By ’65 The Plaza was mainly a bingo hall and eventually bingo drove out the Ricky Tick that moved in February ’66 to The Harvest Moon for a couple of months, before ending up at The Stoke for four months, until their last Guildford event in October ‘66. Their departure was an opportunity for new promoters. 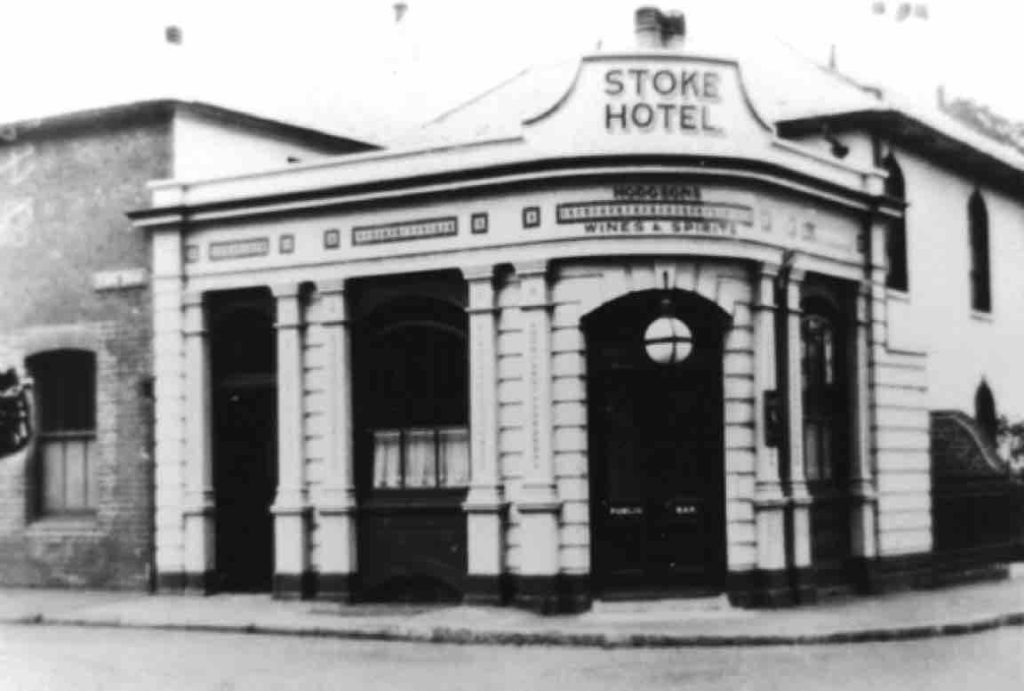 The Stoke Hotel’s old entrance until the 1970s; the function room is to the left

The Stoke Hotel, on Stoke Road, near Stoke Park (which itself can boast the first known ‘documented reference’ to the game of cricket in 1598) had always run ‘dances’ in their back room, even if not on a regular basis. The building was converted into a pub in 1870 as an outlet in the growing local brewing industry, and in time becoming a hotel and adding a function room.

Cadenas was started and run by ‘Doug & Robin’ from Haslemere (a 30 min drive south of Guildford), but new to the promoting game they didn’t have much idea what music would be popular in the clubs; they concurrently managed Top Of The Tree, a local group they used as support whenever they could, more as an excuse for ‘D & R’ to get up and sing themselves. Their initials “D” and “R” appeared at the top of their promotional posters.

When Cadenas was looking for a venue The Stoke had been ‘broken in’ by the Ricky Tick and was one of the few ‘music’ venues available: cheap enough also for new promoters; and licensed. Cadenas was hoping to fill the gap in clubs, but it never really took off – in part because it was held on a Thursday; the day before pay-day and fewer people went out on a Thursday. Before they petered out, putting on a couple of ‘dances’ at local village halls, their first night was at The Stoke: ‘Thursday, February 2nd, 1967’. The night the Pink Floyd played Guildford (and coincidentally Pink Floyd’s first professional show, the day following EMI’s announcing the group’s first record deal.)

Buzz was picking up and word was going round that the Pink Floyd were ‘different’; they were getting regular write-ups in the Record Mirror (‘RM’), the hippest music paper at the time. In London they were quickly becoming the ‘darlings of the Underground scene’, but outside London the Floyd was still an unknown quantity. Whilst other Progressive bands such as Cream had a history, they were not yet considered an emerging ‘must-see’ by the majority of Guildford teenagers. Had they built more of a name outside London, and given a couple more months, then The Stoke may have been full to bursting; but on February 2nd ’67 it was not.

As was the norm for a Pink Floyd show, there was no support group – this was their usual choice (and more likely to have been accepted by an upstart promoter, even as the band were so ‘new’), but this was unusual for local gigs. There was not even a DJ. The only band on the bill, the Pink Floyd, played two sets.

Half way through the first half they blew the fuses and had to play things like “It Takes A Worried Man” acoustically, improvising and generally messing about on stage until the problem was fixed.

The set list for the show likely – intended to have – consisted of trusty favourite songs of the band, including Interstellar Overdrive (see below), Matilda Mother, Pow R. Toc H., Astronomy Domine, and Let’s Roll Another One (soon to be Candy & A Currant Bun, once censored, the B-side to their impending first single); plus early versions of emerging material that was already coming under further commercial pressure from EMI, including Flaming, Scarecrow, Bicycle, and Arnold Layne (soon to appear as the A-side of their first single).

Problems with the electrics were not uncommon for early Floyd shows, given the relatively high amount of equipment they took with them on the road. (One reason they didn’t have a support band was the time required to set up their equipment before a show.) Larger amplifiers consumed larger amounts of power from unprepared small venues. Extra was needed to boost their ‘unusual loudness’ and power their lights. The pioneering light show, for which they were rapidly becoming known as much as – if not more than – the music, involved projecting dynamic ‘liquid movie’ images at the band while they played on stage (partially obscuring the band except for their shadows, which themselves also became part of the show, in contrasting colours).

“The Pink Floyd psychedelic pop group did weird things to the feel of the event with their scary feed-back sounds, slide projections playing on their skin – drops of paint run riot on the slides to produce outer space/prehistoric textures on the skin – spotlights flashing on them in time with a drum beat.”   The International Times October 1966

At The Stoke this was a revelation – especially as it involved a roadie half way down the dance floor with a stand, holding the projectors pointing them towards the stage. At best the psychedelic show, honed for London audiences, was very different to that The Stoke was used to, but lost power meant no lights AND less of the planned music. (The role of dedicated lighting technician was a role deemed so important even the band referred to them as “one of the group”: said Floyd’s drummer Nick Mason of lights engineer Peter Wynne Wilson, who had taken over from the first lighting manager Joe Gannon as the complexity of the shows increased.)

The audience that evening, mostly Mods with a sprinkling of ‘Long Hairs’ who were into music, numbered about 50. On the whole they were not too impressed by the show, possibly because they couldn’t dance to it, being more accustomed to the likes of Geno Washington. Indeed after the problems of the first set, the crowd spent most of the second set in the adjoining bar – some of those who were there remember being distinctly underwhelmed by the Floyd that evening.

To the extent that the ensuing gaps in music lacked atmosphere, and with no music before or between the sets, Cadenas were persuaded to take on DJs for their future club nights, to accompany the subsequent booked acts that included Herbie Goins & the Night Timers, The In-Crowd, and Ronnie Jones & the Blue Jays.

As the fourpiece band compromising Syd Barrett, Rick Wright, Nick Mason, and Roger Waters, Pink Floyd were actually on a rapid rise: making within 5 months their first Top Of The Pops appearance on the BBC in July; embarking upon their first US tour that November. (Though Syd was to leave group within 12 months, early ’68). 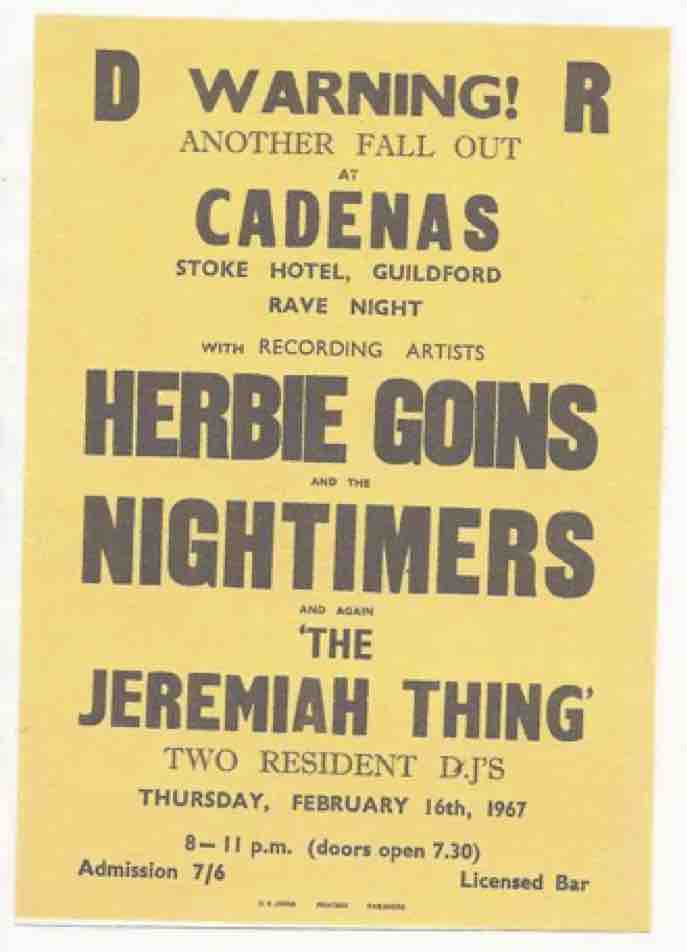 The Cadenas poster shown is for the Thursday a fortnight after (there was no show at Cadenas the week between, on Feb 9th, but thereafter it was open every Thursday until Ronnie Jones played in March ’67). All later Cadenas posters had this look, so it’s very likely the first night’s poster had this style – perhaps there is a ‘Floyd first night’ Cadenas poster still out there, hidden away, waiting to be uncovered… 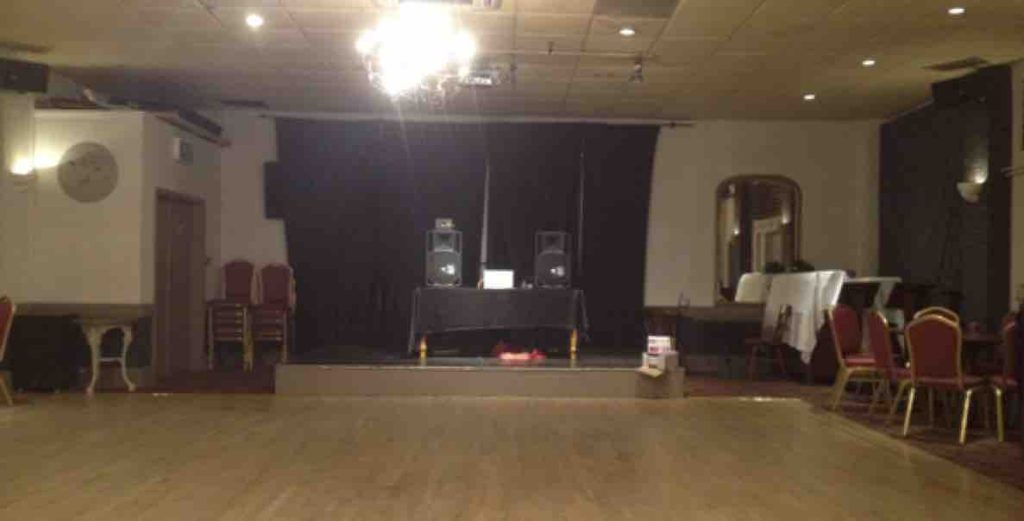 Thanks to David Else (the resulting and subsequent DJ) for his recollections from that night and for the picture of his Cadenas poster.

If any of the other 49 there that evening read this then please do get in touch and share your memories. 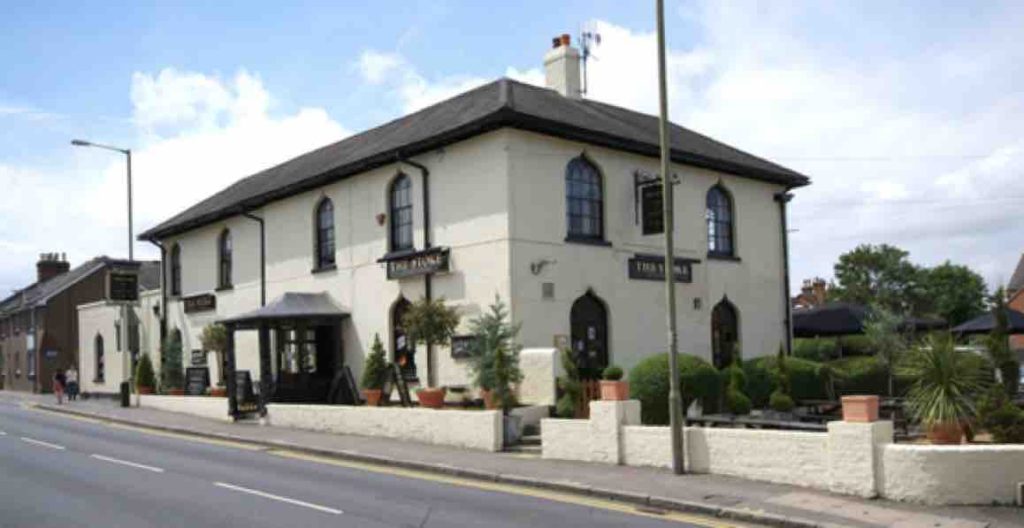 Here’s Interstellar Overdrive from 6 days before, on 27th January 1967:

For more information on:

This entry was posted in DS Live Shows, Locations. Bookmark the permalink.